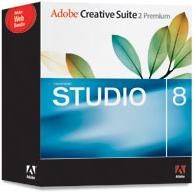 The New Bundle is on the Way

Adobe sent out a teaser about its soon to be released Video Bundle, though not many details are available. All we know about the new bundle at this time is that it's bringing together Macromedia Flash Professional 8 with the Video Bundle software and that it is due to be released in early 2006. We will post news on our Web site and in the magazine as soon it is available.
For you video producers/visual designers/web builders, Adobe has just released its Design Bundle and Web Bundle sets. The Creative Suite Premium combines full versions of Adobe Photoshop CS2, Adobe Illustrator CS2, Adobe InDesign CS2, Adobe GoLive CS2, Adobe Acrobat 7.0 Professional, Version Cue CS2, Adobe Bridge, Adobe Stock Photos as well as Macromedia Flash Professional 8. This investment will put you back $1,599.
The Web Bundle comes with the above mentioned programs plus Macromedia Studio 8 which includes full versions of DreamWeaver 8, Flash Professional 8, Fireworks 8, Contribute 3 and FlashPaper 2 for $1,899.

Now You Can Throw Away Your Computer 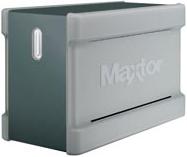 Wouldn't it be cool if you could watch that video you have on your external drive by just plugging it into the TV, without using a computer? You can. The 60GB Iomega ScreenPlay not only comes with VCR-like buttons on the top of the unit but also comes with a
full-function remote control. The hard drive will play video compressed as
MPEG-1 (AVI, MPG, DAT), MPEG-2 (AVI, VOB) and MPEG-4 (AVI, XviD). It will also
play slide shows of your JPEG pictures and play your MP3 and AC3 music files. Iomega claims the ScreenPlay can hold somewhere in the neighborhood of 90 hours of video or 1,110 hours of music or 240,000 photos. Get busy.

What gets smaller as it gets bigger? Hard drives, of course. Maxtor just released the 1TB OneTouch III Turbo (that's not a misprint: 1 terabyte = One trillion bytes, one million megabytes, or one thousand gigabytes — more or less). The external device is really two 500GB drives which can be configured as a RAID 0 or RAID 1 mirror. As its name implies, it also comes with its popular OneTouch backup button.
The software enables users to synchronize data between two or more computers, has a System Rollback option (PC only) and is Mac- and PC-friendly. Connect with FireWire 800, FireWire 400 or USB 2.0.
The 5.4 x 3.9 x 8.5 inch, 5.8 lbs. cinderblock looking drive has a modular design for stacking and at $900 you probably can afford more than one. The OneTouch III also comes in a 600GB version ($550). Keep an eye out for a review in the near future.