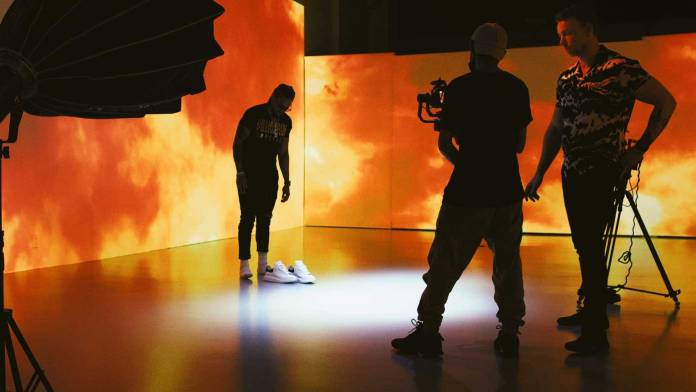 You don’t need puffy pants and a megaphone to be an assertive, successful director. But you do need to take control.

Many readers tell us they want to direct but they don’t want to be a director, whom they see as an egomaniac dictator wearing riding pants and yelling through a bullhorn. They want to collaborate, cooperate, facilitate — to do things by consensus.

Start by accepting three ideas: first, the show is basically your responsibility. Whether your colleagues are eagles or turkeys, you will get most of the praise or blame. This will happen whether you actually control the production or not, so you might just as well do it.

Second, those colleagues have responsibilities too — perhaps for videography and lighting, for audio and production design, for editing and (above all) for scripting the program. (More on this when we talk about authority.)

Third, In some areas, you have specific responsibilities as subsets of your big one. I won’t direct a show unless my jobs include:

You may also be responsible for lighting and videography; and you may have written the script to start with and will edit the show to end with; but for simplicity, let’s assume that these responsibilities are assigned to others.

But does everyone know their territory? Often they don’t, and even when they do, they may “help out” by muscling in on others’ turf. To prevent this, you need to meet with everyone before production and explicitly define those turfs. You can negotiate departmental responsibilities, but anyone who cannot accept your polite but firm assertion that you are in charge overall should get your firm but polite adios.

That pre production meeting should also bestow authority to match responsibilities. First, get agreement that in coaching, setups, and coverage, you have the final say.

Next, discuss the operations of each department and, as you agree on responsibilities, clearly delegate the authority to discharge them. For example, acknowledge that neither you nor anyone else will second-guess the gaffer on a lighting solution or demand that the sound recordist use such-and-such mic and place it exactly there. People feel comfortable when they are confident that they have last say in their areas of expertise.

But if the lighting doesn’t work or the sound quality is low, you do have the authority, derived from your overall responsibility, to have them improved to your satisfaction.

It’s important to keep your criticism constructive and tactful, though. Here, I often quote the Wicked Witch in The Wizard of Oz: “The question is, how to do it. These things must be done dehhh-licately!” If you say, “That lighting stinks; fix it,” you may soon find yourself without a gaffer. Whether you can use your authority and still keep your colleagues depends on how you wield the director’s power.

To wield power, you have to have it to begin with, and the best way to get it is to act as if you already have it. No, don’t get out the riding pants and bullhorn; that’s for insecure bullies. Instead, run that pre production meeting so that you are in charge from the beginning; and thereafter, make decisions quietly and firmly.

How do you make them stick? First, stay on your own turf. Having assigned responsibilities to others, don’t keep second-guessing them. Next, really listen to other peoples’ input, take suggestions when appropriate, and credit the people who made them.

You can’t use every suggestion, so how do you say no? If you have an indisputable reason for rejecting something, just give it. “She can’t exit through that door because it’s supposed to be a closet.”

But when the choice is a matter of opinion, don’t always justify your decision. Sometimes it’s best to say, in effect, “I hear you” and continue doing it your way.

Aside from showing courtesy and really, really listening, there are other ways to exercise power without alienating colleagues. First, remember the management adage, “praise in public; blame in private.” When someone contributes something positive, make sure everybody knows about it and shares in the applause. But when someone messes up, take him or her aside and quietly set things straight without public embarrassment.

The same trick works with suggestions. If you have a good idea about lighting, communicate it privately and let the gaffer make it public and take credit for it.
In fact, generous credit is the soundest capital you have, especially if your colleagues are volunteers. (And don’t forget to provide something for lunch, either…)

To placate writers, get agreement on the script changes you want before actual production, where possible. With re-writes on the fly (they do come up), obtain the writer’s advice and consent, when practical.

As for clients… (sigh). They really need a column to themselves.

A first-class story is compelling from beginning to end. Freytag's Pyramid is a formula that describes the structure of most dramas.