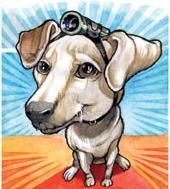 Motorcycle racing, rock climbing, and underwater adventures are just a few extreme activities you can capture on film. If you've tried to capture them already, you know that working in extreme environments or in any situation with high activity can be challenging. Learning about extreme shooting, picking up some action shooting techniques, and exploring new gear will make that challenge a little less intimidating, so that you, too, can shoot extreme.

What is Extreme Shooting?
Extreme shooting is shooting in non-traditional environments, like underwater or from the side of a building. It often involves extreme or dangerous activity, such as high speeds or wild animals. Extreme shooting brings the thrill of the race, the adventure of the ocean, and the perspective of the skydiver to the screen for everyone to see. Skills in extreme shooting are valuable if you're looking to add a little flare to your projects. You never know when you may need that perfect point-of-view (POV) shot or wild footage of the Running of the Bulls.

The Basics
Don't forget the basic videography principles just because you're shooting something exciting. Extreme shooting is still shooting. In fact, some basic skills are even more important when shooting extreme, because the potential for harm is greater and bad shooting blows the once-in-a-lifetime shot.

Start with a plan and set up your sequences in advance. Decide what will happen when the bulls turn the corner, what will the camera be pointed at? What do we see before the subject falls into the scene? If it's a nice piece of Spanish architecture, it's a good shot; if it's a busy shot full of trash bins awaiting pickup, it's not a good starting point. If a subject is going to walk into (or bulls are going to run into) a scene, your starting point needs a shot of some interest or point of connection. If the subject walks out of the scene, that final empty shot is just as important.

For a different approach, try to vary your shots, use wide angles and zoom in to fill the scene as the subject approaches, then set your next shot as an extreme close-up when your subject gets up and walks away. Make use of natural wipes, like passing cars and trees.

Remember to utilize high angles that make your subjects more passive and low angles that give your subject a sense of importance. We'll cover some action techniques later, but following the use of basic techniques, starting with the plan, will make your extreme shoot more enjoyable and safer.

Safety First
Safety in extreme shooting is an important consideration. It can be dangerous, that's why it's called extreme, and taking appropriate safety measures is a must. You don't want the video gaining fame because it records your own personal accident. As a general rule, follow the safety rules of the activity you're recording. For example, wear a helmet if you're riding a motorcycle and if you're trying to record motorcycle stunts, like jumping, don't stand underneath the bike. Fashion a mount for the camera out of wood and a 1/4" screw, secure your gear, no wires or dangling cables to get caught up on, press record, and get out of the way. You can even place a clean unscratched sheet of Plexiglas in front of the camera, for added protection. Cameras can be replaced, people can't.

Extreme Gear
Speaking of cameras there are some great affordable specialty cameras that are quite useful in extreme shooting. Samsung's SC-X105L sports camcorder features a separate lipstick camera and rugged solid-state design. Let's face it, most of our standard cameras are not very well suited for being strapped to the helmet of a skydiver. The specialty cameras are small in size and can transmit images to a remote recorder if desired. Miniature cams, like lipstick and pen cams, security cams, sports cams, and eyeglass cams are useful tools when it comes to shooting extreme.

Most specialty cameras have an easy-to-use set-up. Connect the camera to a power source, either a dc adapter or a battery pack. Connect the camera to a recording source, such as a portable recorder or even your standard camera. Start the portable recorder and you're good to go. Try to always test the camera first, shooting off a few seconds of video or watching on a monitor to make sure you'll capture what you want the way you want.

We used an eyeglass cam provided to us by Supercircuts, to record some fast POV footage on a motorcycle. The portable recorder and battery pack were placed in the riders backpack and the glasses were put on under the helmet. Testing the cam, we noticed we were getting the rim of the helmet in the shot, so we adjusted the cam. The ride was great and the footage was just what we were hoping for: good, and fast POV.

We also used a security cam, also provided to us by Supercircuts, to get some wheel spinning action. We taped the camera to the frame of the bike positioned at a Dutch angle aimed at the tires. We wanted to create an illusion of depth so we placed to camera off center, as to not shoot the wheel straight on. The Dutch angle helped to capture a bit of the bike and the road. We secured all the cables and made sure they wouldn't interfere with normal operation of the bike. The cam worked great, even at high speeds. This cam could've also been taped to the helmet for rider POV images as well.

There are some really cool accessories out there to boost your own camera's ability to go extreme. Wide angle and super-wide angle lenses or filters, the fisheye, underwater casing and circular polarizing filters are just a few examples. Creative mounting can also help you go extreme.

Mounting
You can mount a camera to just about anything with the right tools. Helmets, cars, trees, bikes, skateboards, and buildings are all good places to start mounting. All you really need is a prayer and a little gaffer's tape to mount most cams. For more security, it's advised that you use custom brackets, screws, and other tie-downs to keep you and your camera really safe. You can mount the gear to 2X4s and panel boards, and then mount the boards to trees, skateboards, and other surfaces.

Booms and small cranes are also quite useful, especially if you're looking for something with a little more control. However, if you're up for devising your own pulley system attached to the tree in your back yard, have at it. Just don't forget your remote control when it's time to record. If your camera has one, the remote control was made for this type of technique!

Fast action, like cars, motorcycle, and boats, often require you to keep pace with them or you'll lose them. While it's possible to hold the camera out of the window and drive along side, it's risky. Take a trip to your local music store and search for some drum stand arms. These arms have articulating joints that are very sturdy and can be secured to many parts of your car or boat, both inside and out. Use towels and rubber clamps to prevent your car or boat from being scratched up.

Action Shooting Techniques
Lining up and tracking alongside your subject is one way to shoot fast action, but there are some other techniques you should know to get the most of your extreme day of shooting. For example, when shooting a fight scene, "frame" your subject within a frame. Shoot the challenger through the crook of the elbow of the champion. Then, reverse the angle just as the challenger throws a fake-punch. This also changes the POV. It's a good idea to get the camera off eye level every once in a while. Make sure you shoot the fight a few times as well, it'll give you more to work with in the editing room.

Letting the action pass out of camera range and letting the action move into camera range will give you some natural editing points. Coupled with a wide angle and some interesting foreground elements (flowers, trees, and waterfalls) your scene becomes much more visually appealing. Be careful though not to overdue it. You want both backgrounds and foregrounds to be interesting yet not too busy. You can increase visual appeal by creating screen blurs and stutters. Screen blurs are created when an extreme close-up or telephoto subject is shot with a fast moving subject in the foreground, like a car. A slower shutter speed also creates a somewhat eerie blur. While a faster shutter speed can create a stutter effect.

By using these techniques, specialty cameras and mounts, and remembering the basics of video, you'll be scaling cliffs with your camcorder in no time. Extreme shooting delivers some great and often unbelievable footage. It also delivers an often-exhilarating experience to the shooter who captures it.

Jenny Hanson owns and operates a media production business and is an independent video producer, filmmaker and educator.

Sidebar:
Double Exposure
While shooting a documentary about women who ride motorcycles, I used the eyeglass cam to get some POV shots (www.supercircuits.com). The images really made you feel like you were riding the motorcycle. As an added benefit, the cam was also useful in protecting my eyes from the sun. The glasses aren't great in low light situations, they are sunglasses after all, but in daylight, they really captured the thrill of the ride that hand-holding an ordinary camera wouldn't have been able to.