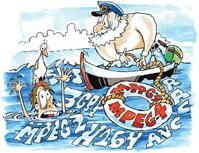 An Italian filmmaker recently shot an entire feature length documentary on his cell phone. Ithaca College in Upstate New York hosts Cellflix, a cell phone acquisition video competition with a grand prize of $5,000, and Current TV is offering $100 to "cellphone videographers" for their documentary footage.

Cell phone video, which usually uses some flavor of MPEG-4 compression, is hot at the moment. But many more devices than just your smartphone are using this technology. Some video cameras like the tiny Sanyo HD1 Xacti record MPEG-4 footage to small Secure Digital (SD) cards, and many still cameras in the Kodak Easyshare and the Sony Cybershot lines (among others) will record MPEG-4 video.

So, what does all this mean to us as jack-of-all-trade video producers? What are the implications of using this compression technology for shooting, editing, workflow, and distribution? Let's first take a quick look at the technical side of MPEG.

MPEG-4 technology is a bit complicated; let's confess this up front. Editing software companies such as Adobe, Apple, Pinnacle and others have, however, made editing MPEG-4 so simple, we don't even realize we are editing anything different from Mini DV when we start cutting. However, having a better understanding of the codec (short for "compressor/decompressor") will allow us to appreciate and maximize its strengths.

MPEG-4 was built by analyzing the triumphs and shortcomings of its two younger siblings, MPEG-1 and MPEG-2. (MPEG-3 was more or less skipped over as it quickly became obsolete.) MPEG-1 was developed to deliver full frame, full motion video on CD but did so at poor VHS quality. MPEG-2 was a great improvement, allowing high definition broadcast quality resolution that led to high quality DVDs and digital television.

MPEG-4 improves on both of these technologies, not necessarily replacing them but improving on the compression methods to deliver more in less space to more devices. While MPEG-1 lets us deliver audio and video on CD and MPEG-2 gave us much better audio and picture quality on DVD and over digital television, MPEG-4 covers all mediums, from low-bandwidth formats such as cell phones to the highest HD formats delivered via satellite. This scalability in a single standard is one of the great strengths of the codec.

Hundreds of researchers around the world used the standards developed by the Moving Picture Expert Group (MPEG), the working group within the International Organization for Standardization (ISO), to develop MPEG-4. By keeping MPEG-4 an open standard, companies have been encouraged to improve on the already strong technology. And by working within these broad standards, consumers know that an MPEG-4 video produced using hardware and/or software from one company will play in another vendor's device. This interoperability is a second tremendous strength of MPEG-4.

OK. Enough of the techie stuff–let's get down to the practical, starting with your acquisition or how your MPEG-4 is shot. The distinction is blurring between digital still cameras and camcorders capable of shooting stills. If MPEG-4 video and audio are not your camera's primary codec, you may shoot in MPEG-4 mode but at a quality substandard to what your audience is expecting from you. For example, many still cameras will shoot MPEG-4 video but at 15-fps (frames per second) instead of 30-fps, or maybe at smaller frame sizes like 320×240 pixels instead of 640×480 (or higher). If video is the primary job of your camera, chances are you will get what we refer to as full-frame, full-motion video. Check the tech specs next time you think about purchasing a camcorder.

With your footage shot, you now need to ingest it into your computer. You can accomplish this in many ways, depending on your hardware. If you are saving your MPEG-4 footage to an SD card, you could transfer the data with a card reader. Otherwise, you will most likely be using a USB 2.0 cable to get those 1s and 0s into your hard drive. MPEG-4 will usually transfer at a much quicker rate than the real time transfer from Mini DV tape.

With our MPEG-4 audio and video in the computer, we now need to find the best way to slice it up, manipulate it and stick it all back together; in other words, edit it. MPEG-4 editing gets tricky because of the MPEG coding. All MPEG frames are encoded in one of three different ways: Intra-coded (I-frames), Predictive-coded (P-frames), or Bidirectionally-predictive-coded (B-frames). I-frames are completely independent or not relying on information from nearby frames. P-frames are coded based on the past I-frame or P-frame. B-frames are coded based on a preceding and a future frame, which could either be an I- or B-frame (see figure 1).

We have found that when it comes to MPEG-4 editing, the less expensive programs work easier than the mammoth prosumer tools. This is not too much of a surprise, as MPEG-4 cameras are mostly members of the consumer technology. Premiere Elements was one of the first on the scene to smoothly edit this format.

If your software doesn't edit MPEG-4, maybe there is a plug-in that can help, as is the case with Ulead's affordable ($30) 3GPP Plug-in for VideoStudio 10 (3GPP is a globally standardized communication system between 3rd generation GSM-based mobile phones).

Many of these editing programs have trial versions, so download them, ingest your MPEG-4 footage, test the software and output to your desired format.

Ah, yes, outputting. This is where MPEG-4 shines. A third great strength of MPEG-4 is the way in which it compresses its many elements. Video can be compressed separately from the audio and from other elements such as 3D objects, text and other media types. When exporting, know the limitations of the device you are outputting to (e.g., cell phone frame sizes rarely exceed 320×320). Export settings for your many elements such as the video stream, the audio, etc. can be finely defined, so take the time to experiment and see how small a file you can make while keeping the integrity of the image and sound.

MPEG-4 is considered to be 30 to 50 percent improvement over MPEG-2. It is an open standard, encouraging companies to improve the format but stay within set standards to insure that future compression formats will still play in your current devices. With solid state storage (e.g., SD cards) gaining ground on tape storage, the wide range of scalability of the single standard and the popularity of both viewing and acquisition devices such as cell phones, MPEG-4 video may be just becoming a contender in the video world. Luckily, it is no more difficult for us to edit and output than the other formats we already know.