If you've been around video long, you're probably familiar with the term "montage" (mn-'tzh). It's a French term that comes from the world of cinema.

Webster defines a montage as: 1: the production of a rapid succession of images in a motion picture to illustrate an association of ideas. Or 2: a composite picture made by combining several separate pictures.

It's a communication form that's used all the time in video and film production. For example, many movie title sequences consist of some form of montage. A montage gets its power from presenting a collection of diverse images to the audience all at once, so that the overall impression is much richer than simply showing a single image or element.

Nearly every modern nonlinear editing (NLE) program has excellent built-in tools to help you build montages. Some of the most prominent of these are the crop, matte, and scale functions. You can combine these and other effects with your editing software's layering functions and transparency effects to create a stunning montage of images, video clips, graphics and/or titles. For example, let's suppose you want to float a few still images over a black background. You could put a black background in one video layer, then build up successive layers of still images above it, adjusting the size (scale), rotation, and opacity/transparency of each image.

Modern NLE software will also often give you subtle control options like "feathered edges" that can help make your floating images appear to blend more seamlessly into your montage. Each software suite is different, so it's critical that you explore your particular software package's controls and learn how to manipulate layers of your video so that your creativity can shine through.

Okay, now that we've defined what a montage is, and indicated some of the software tools that help you create them, just how does someone go about creating an effective montage? Well, like any aesthetic task, there's no hard and fast rule about what makes a montage good or bad. But keeping some basics in mind can help.

Where and When
The first order of business in planning any montage is taking control of the "where and when" of the montage elements.

The "where" part relates to how you arrange your elements on screen. Good design concepts generally give important elements visual priority and provide a flow for the eye from one element to the next.

The "when" part acknowledges that you don't have to toss every element of your montage up on the screen at one time and leave the audience to sort it all out. You can bring elements up individually, or in small groups, allowing the audience to see some things before introducing others.

This concept of arranging visual elements in both space and time is central to the idea of a successful video montage. Since the very nature of a montage presents multiple images to the audience, one of the most challenging aspects for the creator is to keep the information flow accessible for the audience. Let's look at a specific example and see how some simple re-arranging can help make a simple montage become more audience-friendly.

Dick and Jane Cut the Grass

The TV commercial is one kind of video where the montage reigns supreme — especially in the typical closing "call to action segment" where it's common to find product shots, spokespeople, price data and contact information all arranged within a single screen montage.

Figure 1 is an example of a rather weak visual montage at the close of an imaginary local TV spot for Dick & Jane's Lawn Care Service. The visual elements are simple. A background photo of grass, photos of Dick & Jane and three blocks of text: the business name, phone/web address and a special price offer.The problem with the layout is that while it's simple, it's also visually undistinguished and somewhat boring. All the type is of a similar size and visual weight. The separate pictures pull the viewer's attention in two different directions, and there's too much boring type to read in the short amount of time allowed at the end of most commercials — often only a few seconds.

In figure 2, we have cleaned up the montage significantly.

Two photos are now one. The eye travels from the faces directly to the Business name. Then directly to the special offer and to the contact info in an easy clockwise visual scan.

Even given the short time, we provide the viewer with the same info, but the arrangement of the visual montage makes it easier for the audience to efficiently take in the information we're presenting.

Looking at the timeline in figure 3, we also see an example of how we can use time to emphasize the most important elements of our montage. As the transitions and track offsets on the timeline show, the spot actually builds visually, presenting the photo and titles data first, then pushing on the "special offer" element.

The human eye is very sensitive to change and movement, so using this kind of active transition for the offer automatically draws the viewer's attention to that part of the screen.

The Density Dilemma
The more info you present at the same time, the longer it will take your audience to process that information.

And if you present too much information and don't let your audience have enough time to process what you've displayed on screen, you'll leave them frustrated and uncomfortable. Now don't get me wrong, that doesn't mean that only simple montages can be effective. Just watch a few music videos and you'll be reminded that the appetite for visual complexity and change have come a long way over the decades we've been regularly consuming MTV style imagery.

The point is to balance the complexity of your completed program with your audiences' needs and preferences.

A video montage that will only be shown one time to each audience, needs to communicate clearly the first time — in essence, to make the most of it's single chance to do its job. But there are plenty of times when a montage will play over and over.

Let's say you're building a montage that will introduce each of a series of training programs. The expectation may be that the audience will see it each time a new module is presented. In that case, it's fine to make the montage more complex, understanding that the audience of trainees will have many repeated viewings to absorb more of the details presented.

This "high information density" approach gives the audience more elements to look at and helps to keep the montage interesting over the repeated viewings.

Picture Perfect
The whole idea of the montage is to do more for less. More visual information occupying less screen space – more information presented over less time. So the montage puts MORE responsibility on the shoulders of the video editor. Because as you increase your program's information density, you need to watch out that you don't go too far and confuse the viewer. 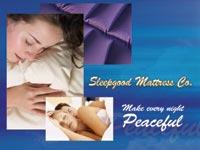 How far to take complex visual elements like the montage depends on the audience, the complexity of your content, and the clarity of the way you present your information to your audience. When you master the montage you'll increase your visual storytelling power tremendously. Bill Davis writes, shoots, edits, and does voiceover work for a variety of corporate and industrial clients and has been montaging for decades.