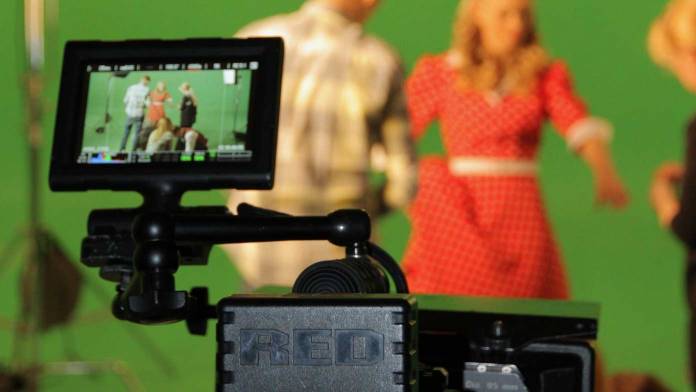 Plan the shoot, shoot the plan, edit the planned shoot.

That’s the mantra we introduced in our article on production planning. We rejoin the discussion now with the amazing new idea that when production starts you should shoot what you planned to shoot.

Not so fast. If that deceptively simple rule were routinely followed, Hollywood epics would never overrun their schedules and amateur productions would never look embarrassing (assuming they didn’t crash and burn before completion). So let’s review reasons for staying on-plan, gremlins that attack production plans, and ways to protect yourself against disasters, both serial and parallel.

The underlying concept is that crucial decisions are made in pre-production planning that will affect everything that follows, all the way through to the end of post production. A good planner keeps that long timeline in mind, the way a good chess player thinks many moves ahead.

Stick to the Plan

Sticking to a plan no matter what seems sort of, well retentive; but there are several reasons for resisting changes or at least studying them very carefully before making them.

First, remember the law of unintended consequences. Even small productions are complicated organisms with many interdependent parts. If you decide to shoot, say, scene 22 instead of scheduled scene 14, the cast, location, and time of day might be fine — but what about the actor’s distinctive Grateful Dead shirt, which got all muddy in scene 13 but has to be clean again for scene 22? Thinking fast, you run it through a Laundromat during lunch break. Uh-huh, but when you go to scene 14 later that shirt has to be dirty again — with exactly the same stain pattern as before it was washed.

So things start to domino. Cleverly, you have the actor play scene 14 without the shirt, adding a line like, “Boy, I hope I can get that shirt clean; it’s an heirloom.” Right away, you’ve handed the editor two problems. Since the action is continuous across scenes 13 and 14, the character has no off-screen time in which to take off the shirt. Major jump cut. Also, the added line tells viewers that the shirt’s valuable, which is totally irrelevant to the story and distracting from the point of the scene.

You’re already thinking of fifty things at once, under time and money pressure to move, move, move! If you must make alterations, take the time you need to think them through. The second moral is that post production is very demanding. Once you wrap production, it’s expensive and often impossible to re-open the shoot for vital pieces that are missing or mis-matched to other pieces.

The Enemies of Planning

The first big foe of systematic shooting is good ol’ Murphy’s law in all its many forms. Things go wrong; stuff happens; you have to roll with the punches.

Outdoors, time and weather are huge factors. Obviously, you can’t shoot if it’s pouring rain, and even if it hasn’t started yet, the light in that sullen overcast before the storm doesn’t match yesterday’s sunshine. As for time, an equipment malfunction held up the shoot until yesterday’s pearly dawn turned into high noon.

Whether outdoors or in, personnel are always a problem, especially when they’re not getting paid to show up on time and keep working all day. You might limp along without a certain crew member, but if the performer isn’t there, the show doesn’t go on.

Inanimate objects are just as bad. People bring the wrong wardrobe; props are missing, equipment malfunctions. When you arrive at the gym where you got permission to shoot the “hurricane disaster relief center” you find it’s been decorated for the Senior Prom.

Above and beyond Murphy, there’s another threat to shooting as planned: your own creativity. You show up at the vacant lot to find that there’s a carnival set up there. Wow, what visuals! What production values! Thinking fast, you replace half your planned setups to exploit the unexpected dividend. Or maybe it’s just a brainstorm on the set: hey! why not do it this way instead? Either way, you risk omitting stuff the editor will need and adding stuff that doesn’t belong in your program.

No shoot is ever completed exactly as planned, but you can minimize the risks by following a few vital procedures.

First, always have Plan B ready. If weather might be a problem, identify indoor scenes with the same cast and have the locations, costumes, and props standing by. If performers are flaky about showing up, know where to find them and how to shoot around them in the meantime. The trick is to identify the vulnerable parts of your plan in advance and have alternatives ready to go.

Second, learn how to adjust plan A. Understand that a simple thing like a dirty shirt can ripple all the way to post production. Take the time and care to work out all the implications of proposed changes.

Next, know when to quit. Nothing is more frustrating than doing all the work of getting a day’s shoot together and launched, then sending everyone home again. Your instinct is to say, okay, let’s call Fred and Wilma and see if they can go over to the church and shoot their stuff today, and try to rent that ’57 Chevy, oh, and phone the church sexton, and….

Uh-uh. This kind of desperate improvisation may keep your crew busy, but the results will be hasty and undercooked. You have to develop the good judgement to know when you’re licked for now so that you can live to fight another day.

Finally, review your footage, preferably before you wrap at any one location, but at least at the end of every shooting day. In even the most professional production, you’re going to find stuff that’s inadequate, wrong, or just plain missing. Before matters go any further, make the notes you need to get pickup shots, to retake bad stuff, to re-think and re-stage sequences that plain don’t work. Then plan the reshoot as meticulously as you planned the original. When post production starts, you’ll bless yourself.

Speaking of which, tune in for next month’s exciting conclusion: Edit the Shoot You Planned.

You know you’ve reached the big leagues when you can have three key people beside you throughout the shoot.

Continuity. If the script is the basis for the shooting plan, the continuity person is the guardian of that script. Did you get the closeup? Do you have the insert of the pistol in the drawer? Did you overlap the wide shot and the medium shot enough to provide good edit points? A good continuity person will catch every problem and let you know. No matter how creative you’re being or what else you’re thinking about, listen to continuity!

Production Manager. A good production manager knows who is available, which locations are open, and when the rented ’57 Chevy is coming. If you have to change the plan in real time, the production manager can figure out a workable alternative. Never make changes in the plan without consulting the person who is directly responsible for it.

Editor. Continuity can tell you if you have full coverage and matched action; but only the editor can cut things together in his or her head and predict whether the result will be effective. When allowed the luxury, I like to have the editor on the set, making sure the shooting plan is being followed — and that it was a good plan to begin with.

Next… Edit the Plan!

If you planned the shoot well, editing the plan should be a snap. View now.