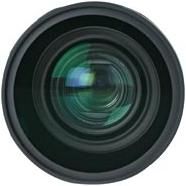 (verb) (pedestal) Vertical camera move (“boom up,” “boom down”) often making use of a boom or a jib.

Visual make-up of a scene, including such variables as balance, framing, field of view and texture, which are all aesthetic considerations. Good composition techniques create an image that’s pleasing to view.

(DoF) Range in front of a camera’s lens in which objects appear in focus. The DoF varies with subject-to-camera distance, focal length of a camera lens and the aperture setting.

Camera movement toward or away from a subject. Dollying in or out results in a more dramatic change in perspective than zooming in or out.

Width of a shot that is visible with a lens set at a particular focal length.

Controlling lens focus to maintain sharpness and clarity despite camcorder or subject movement.

Act of composing a shot in a camcorder’s viewfinder for desired content, angle, exposure, depth of field and field of view. [See also: composition]

(LS) Camera view of a subject or scene from a distance, showing a broad perspective.

(MS) Defines any camera perspective between long shot and closeup, viewing the subject from a medium distance. Usually includes the head and shoulders.

The distance between the subject and the edge of the frame in the direction the subject is looking. Also called “look room.”

View of the primary subject with the back of another person’s shoulder and head in the foreground. Often used in interviews.

(POV) Shot taken from a subject’s point of view enabling viewers to see what the subject sees.

Shifting focus between subjects in the background and those in the foreground, drawing a viewer’s attention from subject to subject.

Composition technique that places important subjects or objects on the lines, or at the cross points, in a tic-tac-toe pattern imagined over the viewfinder.

In the language of moving images, a sequence of related shots usually constituting action in one particular location. [See also: shot]

Technique of adjusting focus to emphasize the subject in a shot while making the remainder of the shot blur. Selective focus is useful for directing the viewer’s attention. [See also: rack focus]

Lateral camcorder movement that parallels a moving subject. In the classic tracking move, the camcorder maintains its distance from the subject.

(swish pan) Extremely rapid pan that creates a blur on the screen. Two such pans in the same direction, edited together — one moving from, the other moving toward a stationary shot — can convey the passage of time or a change of location.

(verb) Vary the focal length of a lens from wide angle to telephoto or vice versa, to enlarge or shrink the subjects and show more or less space around them in the frame.