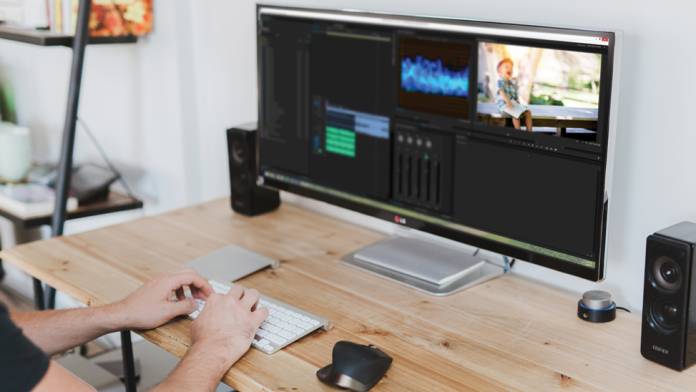 When it comes to creating a film or any other kind of video project, much of the magic you see on screen comes from great editing. It is quite astounding what a video editor can create. They start with a monumental mess of stuff, then cut and trim the pieces together. The final result is a complete story in video format. Video editing truly is where the magic happens, so let us dive into the basics of what you need to know.

What is a video editor?

A video editor’s core function is to cut, trim and sequence separate video clips into a comprehensive narrative structure. This sequence eventually becomes the final release of a film or video. The video editor needs to understand aspects of the pre-production phase — such as the shot lists and storyboarding — and from the production phase — such as continuity and cinematography.

The video editor spends most, if not all, of their time in post-production. This is where they possess the majority of their skills. It is essential to learn a few key terms in the video, audio and color categories to grasp how to work on a project. Additionally, it is advantageous for the video editor to be familiar with motion graphics and visual effects. There are a number of post-production terms you should be familiar with. Here are a few of the most important ones by each category:

The terminologies discussed before were technical aspects of what a video editor must know and be familiar with. By understanding those terms, you will be able to dive into the bells and whistles of video editing, such as:

Now that we have covered some of the terminologies let’s picked a video editing software that fits your needs.

The software your pick for video editing depends on how you work. Whichever one you pick, you will most likely end up using it for years, so this is an important decision. We recommend checking out “Videomaker’s Best Video Editing Software Guide.” This guide informs you on video editing software that covers your skills level, workflow and budget. No matter which software you pick as a video editor, the single most significant skill you need is the ability to organize your project’s assets.

An organized video editor is a requisite

As a video editor, your project will inevitably have a lot of assets. You need to be able to find and organize all the footage and your edit with ease. A simple step-by-step plan that breaks the edit into manageable tasks will go a long way toward moving through the editing process with ease (a shooting script is a helpful tool). Before digging into the timeline, take some time to label and sort clips into bins and folders. Carefully organizing your clips makes it easier to identify and locate each piece of footage. Most importantly, it will save you time and money.

Now that you have your video editing software, understand the terminology, and know how to make a plan, the next step is getting some practice and producing your own.

Preparing yourself to become a video editor

The only way to become a video editor is to edit as many videos as possible. Although the editing process can be daunting, anyone can learn it. Here are three types of productions you can do to get started:

Without a doubt making a short film is the best way to build your video production chops. It is a lot of fun to do, it is lower cost production, and you will learn much about filming. Check out “Short Filmmaking Course” and make sure you are the film editor of the film to get the experience.

Using a green screen and special effects allows you to create realistic scenes that would be impossible otherwise. As a video editor, you will come across a green screen production a few times in your career. It’s important to understand how it works.

With those three production ideas to choose from, you will have enough footage to work with, so the next step as a video editor will be to follow a video editing workflow. You break down the post-production into smaller steps which are:

1) Sorting clips into bins or folders – check out “Organization tips to help any video editor” to encourage you to keep organized.

2) Rough cut – layout the basic structure and sequence of the edit.

3) Fine cut– after the rough cut is completed and approved, the fine cut precisely places and time out each shot and cut within the edit.

4) Picture Lock – the timing of the clips and edits within the sequence don’t change, nor is any footage added or subtracted from the edit.

Once you finished your product, you make a master file and export it or render it for specific devices. The settings you’ll need, such as codec, resolution, and format, will vary depending on the device. Although the way to export may look different across other video editing software, the result is the same. Look for your software instruction on exporting your videos.

Publishing and sharing your video

Your video is completed, and it is time to share it with your audience. You have so many options to share it, such as Facebook, Youtube, Vimeo, and even your website. Overall the viewing platform will depend on the video’s end purpose and the client you are producing.

In the day and age of smartphones, you can create a production at any time, and the good thing is there are many video editing apps that you can download to edit the videos on the go. For example, Adobe Premiere Rush allows you to edit videos on your smartphone and upload your finished project directly to all your social media. You can also start the Adobe Rush project and later transfer it into Premiere Pro to do the heavy lifting. Although editing video on smartphones has many limitations is still a good skill to add to your video editing arsenal. Go ahead and download an app and give it a try.

What next for the video editor?

The greatest thing about video editing is that you will always be learning something new. You can increase your video editing skills by studying the Kuleshov Effect and taking the time to learn how to use proxies in your next edits. Additionally, if you use professional software like Premiere Pro, there will always be some new and fantastic features to learn that will make your editing workflow even better. Don’t be intimidated by video editing anymore. It is an enjoyable and rewarding process to make the magic happen.